On this episode of the Football Analytics Show, I talk with JJ Zachariason, the editor-in-chief at numberFire. Topics include:

JJ wrote an excellent data driven essay on why you should draft your QB late in fantasy drafts, which we discuss in the show. It’s part of his ebook The Late Round Quarterback.

The college basketball game predictions and tourney win probabilities come from rankings that have 3 components. These ensemble numbers informed my bracket advice for members of The Power Rank.

The Power Rank started with team rankings that take margin of victory in games and adjusts for strength of schedule with an algorithm I developed. The first college basketball rankings appeared for the 2010 tournament.

With a small sample size of 30 some games, these rankings aren’t perfect. The rating for each team, which gives an expected margin of victory against an average D1 team, has uncertainty associated with it.

These uncertainties seem larger for a few of the primary contenders this year. Based on these numbers, top ranked Gonzaga had a 31.5% chance to win the tourney before it started. As much as I like that team, this win probability is too high.

Now I combine these team rankings based on points with other rankings.

These rankings come from taking closing point spreads in the markets and adjusting for strength of schedule with the same algorithm. I wrote these rankings before the start of the tournament.

While the markets consider analytics, these numbers also have a subjective component based the opinions of those willing to wager money on games. This led to a higher rank for North Carolina in the market rankings than the team rankings.

This might surprise you, but the preseason AP poll is a powerful predictor of postseason performance. Nate Silver found the higher ranked team won 72% of tournament games from 2003 through 2010.

The wisdom of crowds gives this poll its predictive power. No one pollster has a perfect ranking, but the collective wisdom of many sports writers is a powerful assessment of team talent.

Once the season starts, the pollsters react to wins and losses in predictable ways, e.g. drop a team when they lose, even if its a close game against a better team. The predictive power of the poll decreases as the season moves along.

The team rankings favor Oregon by 0.8 points over Michigan. Over the course of the season, adjusted margin of victory views Oregon as the slightly better team.

The markets more strongly favor Oregon, as they make the Ducks a 4.3 point favorite in this games. These rankings weight recent games more, which should help both teams.

The preseason polls also strongly favor Oregon, as the Ducks ranked 5th compared with 42nd for Michigan. Back in November, most viewed Oregon as the more talented team.

The ensemble of these 3 predictions makes Oregon a 3.5 point favorite over Michigan.

The injury to Oregon forward Chris Boucher, one of the nation’s best shot blockers, makes predicting this game more difficult. However, this factor doesn’t explain how the market favors Michigan by 1.5.

It seems like the markets have considered the recent form of Michigan quite heavily.

The rating next to each team gives a predicted margin of victory against an average D1 team.

I’ll be posting these ensemble predictions for the remainder of the 2017 tournament.

My apologies for how late I’m posting this podcast on the NCAA tournament. Better late than never, but I’ll do this show earlier in the week next year.

In this episode, I dig into the following points: 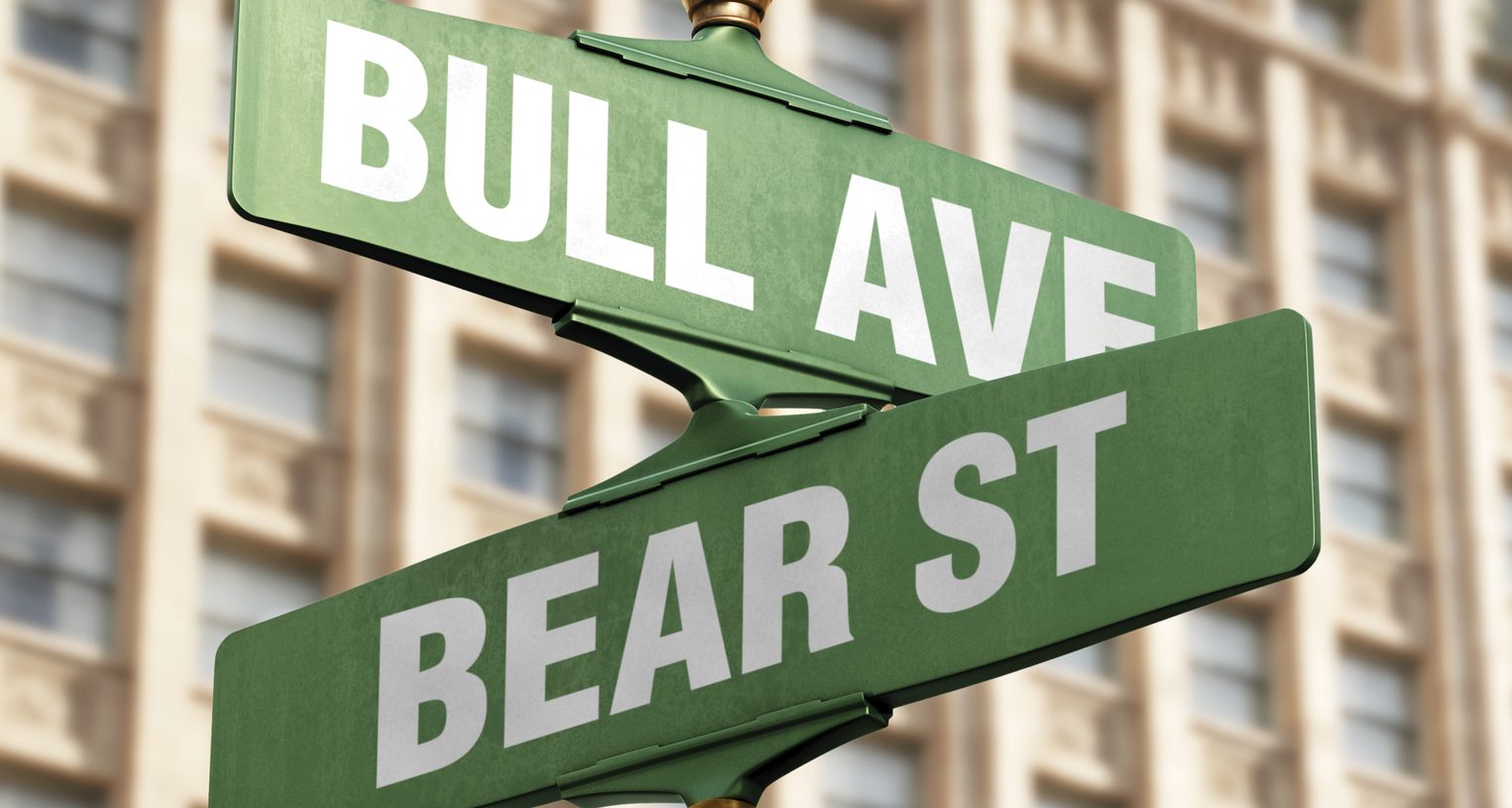 There’s a problem with the typical 2017 NCAA tournament predictions.

Over on my interactive visual, I’ve posted the probabilities for each team to advance through each round of the tournament. These are based on my team rankings, which take margin of victory in games and adjust for strength of schedule.

The results are off this year. According to these points based analytics, Gonzaga has a 31.5% chance to win the tourney. The Zags are a fantastic basketball team that should have a top win probability, but almost 1 in 3 is too high.

In a similar manner, West Virginia sits at 3rd in my team rankings. The Mountaineers, another team that looks better in points based metrics than their true skill level, have a 6.6% win probability, fourth highest in the nation.

The points based analytics have the opposite problem with Duke and Kentucky. These traditional powers started the season in the top 5 of the preseason AP poll, but disappointed for most of the season.

These two teams have only performed to preseason expectation the past two weeks. But based on my teams rankings, both have less than a 5% chance to win the tournament.

To get a different estimate of team strength for the 2017 tournament, let’s look to the markets. I take the closing point spread in each game and adjust for strength of schedule with my algorithm.

Games later in the season get more weight, and these numbers have a more subjective component since they consider the collective wisdom of those willing to put money on the games.

Let’s look at the top 25 teams by these market rankings.

The Tar Heels have been on top of these rankings most of the season.

They get a benefit from playing a higher pace. More possessions in a game implies a higher point spread against an average team.

But a higher pace doesn’t explain all of this top ranking. The markets believe in this Roy Williams team.

Gonzaga played a weak schedule in the West Coast Conference the past two months. However, the markets closed at large enough spreads that the Zags get ranked 3rd in the nation.

Based on a rank of 3rd here and 1st in my team rankings, Gonzaga should be considered a top contender to win the 2017 NCAA tournament.

Duke has been all over the place this season. They were as high as 4th in these market rankings when the team rankings had them at 14th.

As Duke surged this past week, they’ve dropped to 6th in the market rankings but have moved up to 7th in the team rankings.

The algorithm puts more weight on their most recent game with North Carolina, in which Duke closed as a 4 point underdog. This could explain their drop in the market rankings the past week.

In general, these market rankings are slower to react to a team that suddenly plays well. The markets didn’t react much after Duke’s win over North Carolina, as Duke was a 4.5 point favorite over Notre Dame in the ACC final. This is roughly the same as when Duke was a 1 point favorite at Notre Dame earlier this year, as home court advantage is 3.5 points.

While the Mountaineers are 3rd in the team rankings, they only drop to 9th in the market rankings. Let’s not completely ignore this team, although they would face Gonzaga in the Sweet 16.

Wisconsin has a talented team with Bronson Koenig and Nigel Hayes, two players that started on their Final Four team in 2015. And Ethan Happ is probably their best player.

Wisconsin would face Villanova in the Round of 32, and my numbers would make the 1 seed Villanova only a 4.5 point favorite.

Markets have been a few points higher on this team than points based metrics the past two months. A rank of 24th is a fair overall assessment of this team.

How to Win Your NCAA Tournament Pool

It’s been an odd year in college basketball. Points based team rankings don’t capture the full story for the top contenders to win the 2017 NCAA tournament.

Market rankings, which take closing point spreads from the markets and adjust for strength of schedule, provide a different perspective on how to view the top teams.

While you have access to the market rankings here, I combine them with other metrics to calculate my win probabilities for members of The Power Rank. Members also get my complete bracket advice with how to apply contrarian thinking to win medium sized pools.

In your pool, the choice of champion is the most important choice that you’ll make. In the most common scoring system, the correct pick of champion earns 32 points, while that 12 over 5 upset nets you 1 point.

Based on my college basketball team rankings (margin of victory adjusted for strength of schedule), here are the tourney win probabilities from the visual.

If you think Gonzaga has too high a chance at 31.5%, you would be correct. I’ll be discussing how to fix this prediction later this week.

To keep up to date with these updates, sign up for my free email newsletter. I’ll also send my bracket cheat sheet for easy filling out of your bracket and some extra advice.