ESPN had a great feature that dug into the 2016-17 season of the Golden State Warriors. Highlights include:

To check out Ethan Sherwood Strauss’s profile, click here. I can even forgive how he misrepresent Alexander Hamilton, the first Treasury Secretary of the United States and broadway inspiration.

Unfortunately, Strauss was among those employees laid off by ESPN recently. Hopefully, this doesn’t imply fewer profiles like this. 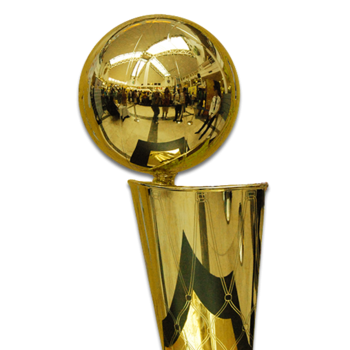 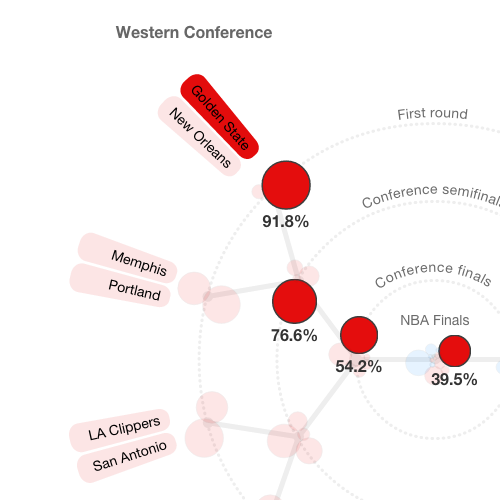 You want to know which team will win the NBA playoffs.

Can Golden State continue their magical season and win the championship? Or will another contender like San Antonio or Cleveland steal the crown?

I had a tough time calculating playoff win probabilities this year because of Cleveland and San Antonio. Both these teams started the season slow.

However, San Antonio has an aging core that won the title last season, and Cleveland has the best player on the planet in LeBron James.

I calculated win probabilities based on my NBA team rankings that take the margin of victory in regular season games and adjust for strength of schedule. It gave Golden State a 56% chance to win the title, which seemed too high.

As an alternative, I estimated the late season form of San Antonio and Cleveland through the betting markets. I took the closing point spread in all games since late February and applied my ranking algorithm to adjust for strength of schedule.

In these market rankings, Golden State is still the best team. However, their rating is only about one point better than San Antonio and Cleveland. The difference was more than 3 points in my team rankings.

With the market rankings, Golden State has a 39.5% to win the NBA championship. They benefit from a first round matchup between San Antonio and the Los Angeles Clippers, their toughest competition in the West.

To see all of my NBA win probabilities, check out this interactive visual from Andrew Phillips of Chartball. Hover over a team to see its chance to advance through each round. Hover over a circle to find the likelihood that each team wins a round.

This list gives the title chances for all 16 NBA teams in the playoffs.

I will update the interactive visual the morning after each day of games, so check back for the latest win probabilities.