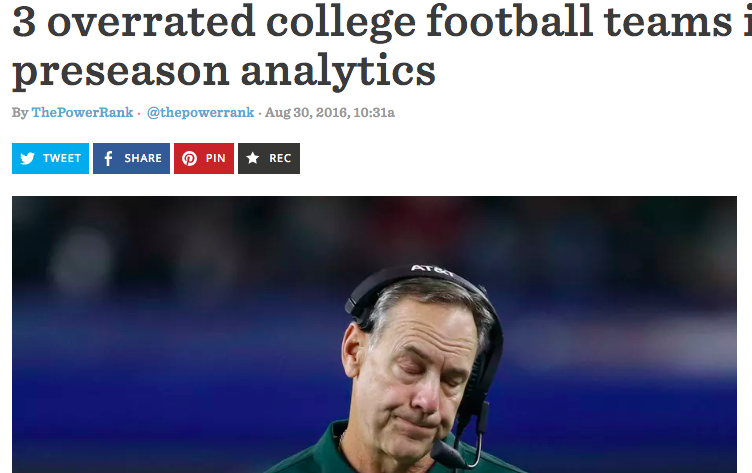 Last week, I wrote about a few overrated teams by preseason analytics over at Football Study Hall of SB Nation.

How did these teams do week 1?

Houston pulled off the upset of Oklahoma, so I’ve gotten some flack for including them in the ranks of overrated. However, we have much football left to play this season.

Michigan State struggled against Furman, as they beat their FCS opponent by 15 points at home.

Iowa did what they were supposed to do and beat Miami of Ohio by 24.

We’ll see how these predictions pan out by the end of the season.