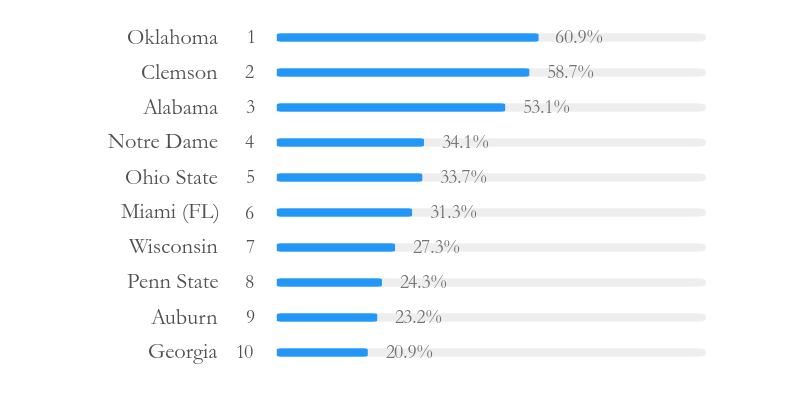 Three teams have become the favorites to make the College Football Playoff: Oklahoma, Clemson and Alabama.

Don’t count out Notre Dame. The Fighting Irish got smoked by Miami in week 11, but they can still make the playoff if they win their remaining games against Navy and Stanford.

It helps Notre Dame’s playoff probability that they don’t play in a conference championship game. They can’t lose and fall that final week of the season.

However, my methods do account for the possibility that a team like Ohio State wins a conference championship game and jumps ahead of Notre Dame. There’s no certainty for the Fighting Irish.

Miami moved up into the top 4 of the committee rankings with their big win over Notre Dame. However, they will be 4.5 point underdog in the ACC championship game to Clemson, and it’s unlikely both teams make the playoff.