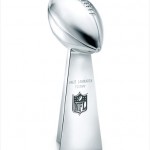 Will the Broncos or Panthers win Super Bowl 50?

As usual in professional football, this question will get answered by the quarterbacks, Peyton Manning and Cam Newton. Put bluntly, it’s the old man versus one of the most athletic human beings in the world. If you didn’t follow sports, you would never guess which one of these guys is being investigated for PED use.

However, both teams have excellent defenses as well. How do they match up against Manning and Newton? Let’s break it down.

The real matchup in this game is the Broncos’ defense against Cam Newton. I would say the Panthers’ offense, but he’s the only above average skill-position player.

As noted in my conference title game preview, the Broncos have the top ranked defense by yards per pass attempt and sack rate, both adjusted for schedule. (They’re slacking against the run, ranking only 2nd best in the NFL.) However, Cam Newton presents an entirely new problem.

Not only is Newton bigger than most linebackers, he’s one of the fastest quarterbacks in the NFL. I have little doubt that Von Miller, DeMarcus Ware, and others can flush Newton from the pocket. However, can they then tackle him?

I thought the Cardinals had their chances to tackle Newton in the NFC championship game but were not able to bring him down (or tackle any one else on the Panthers offense).

I don’t foresee the Panthers’ wide receivers beating the best pass defense in the NFL on initial routes. However, they could make plays if Newton has or creates time to throw. Covering wide receivers may be the hardest job in the NFL. The longer corners are required to cover, the harder it becomes.

The Broncos must contain Newton and make him throw into coverage earlier than he would like.

On the other side of the ball, the Panthers’ defense will not have the same worries. Peyton Manning is as immobile as they come and his arm strength has diminished.

To my surprise, the Broncos came out throwing the ball more than expected last week. Manning protected the ball well, took his sacks when pressured, and did just enough to win the game.

Though I’m still not a huge believer in the Panthers’ secondary, the front seven is solid. They will be able to sit on under routes and short crosses that Manning prefers these days.

Despite the Broncos’ shortcomings on offense, there is still value on their side in this game. Pinnacle opened with the Broncos as a 3.5 point underdog, but that number has moved as high as 6. It has settled at 5.5 on Tuesday before the game, while The Power Rank’s member numbers makes the Broncos a 1.1 point underdog.

The difference between the computer projection and the markets is the current state of the Broncos. They’re not as strong as earlier in the season. The recent play is determining the point spread more than season-long statistics.

The question becomes whether or not we should trust recency bias or season-long statistics. I’d prefer to look at the season as a whole, but I can see the case for expecting a blowout in favor of the Panthers.

Personally, I lined this game closer to the open (Broncos +4) and am willing to play it at the current number. With both defenses being very stout, I am expecting a closer game than the Panthers’ have seen lately. It would not surprise me to see the line get bumped back down towards +5 or +4.5 at sharper books. Not to mention, backing the opposite of the public favorites in the NFL has proven to be profitable.

Coming back from behind will prove difficult for the pedestrian Broncos’ offense. They will need to get ahead or keep the game close in the first half to have a chance in Super Bowl 50.

I’m willing to entertain both narratives of this game. Seeing Newton growing into a superstar with relatively no help on offense has been incredible. Manning likely has one foot out of the door, and I wouldn’t mind seeing the old man go out with a ring.

Unfortunately, if Manning does get his ring, it will be a similar story as the AFC championship game. We will credit Wade Phillips’ NFL best defense and incredible game plan to contain Newton. Otherwise, it’ll be another disappointing playoff scenario for Peyton and the near perfect season for the Panthers.