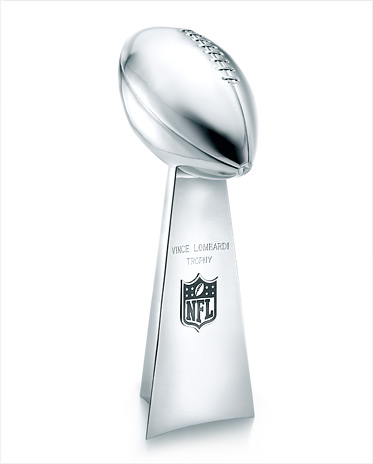 Which teams will make the Super Bowl?

New England travels to Denver as a 3 point favorite. This goes against the numbers, but a strong subjective adjustment suggests that the markets have this one correct.

The story is different for Arizona at Carolina. A look at the match ups and injury situations go against the home favorite Panthers in the NFC championship game.

Let’s take a closer look at both games using the ensemble predictions available to members of The Power Rank.

Both the Patriots and the Broncos have played two different seasons. Both teams started the season on fire, then struggled down the stretch.

Though their win-loss record didn’t take a big hit, the Broncos didn’t quite fit the part as the number one seed in the AFC. They’ve been flip-flopping between an “injured” Peyton Manning and the youngster, Brock Osweiler.

The defense kept the Broncos a consistent force all season. Despite, to be fair, awful play at quarterback by both Manning and Osweiler, the Broncos won important games down the stretch on their way to the number one seed.

What made the number one seed possible for the Broncos? The Patriots’ struggles.

After starting 10-0, the Patriots finished the season 2-4 as injuries affected the offense and the secondary struggled.

In my opinion, the Patriots didn’t exactly try to win the last two games of the season. They kicked off in overtime against the Jets and only threw the ball a handful of times against the Dolphins.

The Patriots offense is suddenly healthy. With Danny Amendola, Julian Edelman, and Rob Gronkowski all appearing close to 100% last week, Tom Brady ripped apart the Chiefs’ solid defense and silenced many doubters (including me).

The discrepancy in The Power Rank’s prediction (Broncos by 3.8) and the actual point spread (Patriots by 3) likely comes from the way these teams are trending health-wise. The Patriots statistical struggles down the stretch could be credited to both not exactly attempting to win games and preserving health for this very moment.

Though the Broncos’ defense is extremely stout (the best pass defense and sack rate in The Power Rank’s ratings), quarterback play will hold back this team. They rank just 19th in pass offense and yards per carry (both adjusted for strength of schedule).

I have sympathy for those currently backing the Broncos this week. There is some line value on a team with a great defense getting 3 points at home. But the uncertainty at quarterback position is frightening.

If you are a follower of The Power Rank, you know that rushing ability does not predict wins or losses. The Broncos must be willing to throw the ball on the Patriots’ secondary if they want to stay in this game.

Seeing that they were not willing to throw the ball against the Steelers awful secondary last week, I would not back either team of these teams. Point spreads are pretty efficient this time of the year and I don’t see the number coming off of three on either side throughout the week.

At 3 points, I’ll pass on the side and enjoy the last of the Brady-Manning rivalry that we’ve been blessed with for so many years.

A Cardinals-Panthers matchup is the most we could ask for this NFL season. These teams are very similar on paper and the point spread would suggest they are equals on a neutral field.

Both of these offenses are extremely talented, exciting, and efficient. Both defenses rank in the top twelve in the passing game. Lastly, the most underrated portion of this game is the aggressiveness of coaches Bruce Arians and Ron Rivera.

Though they have beat them twice, the Seahawks are by far the best team the Panthers have played this season. Their own division was very weak and their schedule-matched division this year was the NFC East. That combination alone led to an opponent 47-65 record.

The Panthers did beat the Packers, but we can all admit it wasn’t the typically strong Green Bay team. Overall, Carolina only played two teams in the top half of The Power Rank’s member rankings: Seattle and Green Bay.

I would agree with this assessment. Outside of Josh Norman, the Panthers secondary is questionable at best. Robert McClain, Cortland Finnegan, and Roman Harper are all liabilities when trying to cover Larry Fitzgerald, John Brown, and Michael Floyd. Admittedly, Kurt Coleman has had a huge year with seven interceptions; however, this appears to be more of an aberration when you consider his previous seasons.

Let’s not downplay Cam Newton’s talent, either. He’s lost a total of one game this season while scoring loads of points despite being the only offensive threat on the team. You’ll have to forgive me as this is also my concern.

When looking at the matchup for the Cardinals secondary against Ted Ginn, Devin Funchess, and Kevin Norwood, I can’t say Cam has the upper hand this week.

Playing at home certainly does help. But if you’re giving me the entire three points with a good quarterback, the better secondary, and much better receivers, I’m going to take that every time. I may not agree that the Panthers should be underdogs in this game at home, but the whole three points is too many.