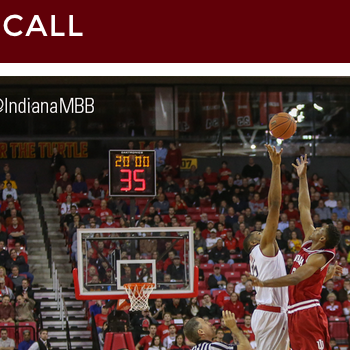 Last month, I had the honor of being a guest on Assembly Call, the Indiana Hoosiers basketball podcast. Show runner Jerod Morris, Andy Bottoms and I discussed the upcoming college basketball season.

To prep for the show, I developed some preseason Big Ten rankings that combine calculations with subjective factors. It’s similar to what elite gamblers do in preparation for the season.

I wrote an article for Assembly Call that describes the methods and summarizes my thoughts on all 14 Big Ten teams.

My apologies in advance to Maryland fans.

And Bo Ryan’s announcement that he will retire after this season doesn’t change my mind on Wisconsin’s preseason rank, which you might find surprising.

With so many interesting games, let’s get right into it.

From the AP preview of this game, you might think Stanford’s offense is struggling. Stanford failed to convert on 4th and 2 from the Utah 6 yard line last weekend and lost. In the preview on ESPN, the no name writer came to this conclusion.

Failing to gain those last 6 yards could be a small part of a bigger problem for the Cardinal, who have fallen to 11th in total offense (405.2 yards per game) in the Pac-12.

Defense and special teams can skew yards per game numbers. Hence, The Power Rank uses yards per play to get a more accurate assessment of these teams. Stanford has gained 6.5 yards per play, 24th in the nation and 5th in the Pac-12. Adjustments for schedule do not change this number much, moving the Cardinal to 23rd. The Cardinal do face a stout UCLA defense, ranked 6th in the nation.

On the other side of the ball, UCLA’s offense looks incredible with their 547.0 yards per game, 5th best in the nation. Even with accounting for the number of plays, UCLA only drops to 14th.

However, the adjustments for schedule have a big impact on UCLA. They have played Nevada (122nd) and New Mexico State (124th), two of the worst defenses of all 125 FBS teams. The 41 points they scored at Nebraska looked impressive, but their defense is only 79th (actually a huge improvement from their rank a few weeks ago).

After accounting for strength of schedule, UCLA ranks 31st in offense, worse than Stanford. Moreover, they rank an awful 107th in rush offense. The Bruins will have problems if they get into 3rd and long situations against the 8th ranked Stanford defense that excels at rushing the passer.

Both yards per play and team rankings suggest a 3 point win for Stanford. UCLA’s poor rush offense gives a slight advantage to Stanford. Also, Stanford has been good on special teams this season, a factor that yards per play does not consider. These factors push my prediction close to the line of 5.5 points for Stanford.

I purposely ignored all the preseason articles on Florida State’s freshman quarterback Jameis Winston. People said the kid would win the Heisman, and I was not buying. Potential doesn’t matter until a player performs on the field.

Then I turned on his first game at Pittsburgh. Under some decent pressure, Winston completed 25 of 27 passes for 356 yards. The numbers should be better, as the referees botched an out of bounds call on one of those two incompletions. Four games later, Winston’s completion percentage is still an absurd 73%.

Winston leads a Florida State offense ranked 2nd behind Baylor in adjusted yards per play. While the arm of Winston is a huge factor, the 15th ranked rush offense also plays a role. They should punish a Clemson defense ranked 108th against the run.

Clemson’s pass defense is much better at 25th in the nation. They get a strong pass rush, sacking the QB on 12.5% of pass attempts. They will need to pressure Winston to slow down the 2nd best pass offense in the nation.

QB Tajh Boyd leads Clemson’s 20th ranked offense against a Florida State defense that ranks 10th. Clemson certainly has the weapons such as receiver Sammy Watkins to put up points. But don’t expect those points to come as easily as they did against Georgia.

Yards per play predicts a 27 point Florida State win, which is way too much. The team rankings predict a more reasonable 5 point win for Florida State, a 3 point favorite on the road. Especially with Florida State’s distinct advantage in running the ball, all factors point to Clemson’s losing and dropping from the national championship picture.

Michigan is a traditional Big Ten power, with more wins than any other college football team. Indiana plays the role of Big Ten doormat, happy to receive those Big Ten Network checks from the revenue earned from Michigan and Ohio State fans. And the line only favors Michigan by 9?

Indiana coach Kevin Wilson has a fast break offense ranked 10th in the nation. They gained 6.08 yards per play against a Penn State defense that ranks 14th. The Hoosier face a Michigan defense ranked 45th in yards per play, the worst ranking since coordinator Greg Mattison arrived 2 seasons ago. The defensive line struggles to get a pass rush, and Indiana should be able to score points.

Michigan’s offense relies on the arm and legs of QB Devin Gardner. Their rush offense would be much worse than 57th without the carries of Gardner. The offensive line has struggle to the point that it’s a mystery who will start at left guard on Saturday. Moreover, stellar tackle Taylor Lewan is banged up over a hip injury sustained against Penn State.

The good news for Michigan’s offense? They will try to run the ball anyway, and Indiana defense ranks 93rd against the run.

In the air, Gardner has been inconsistent with his throws. He routinely misses easy passes but then throws an accurate pass 30 yards down field for a touchdown. Michigan has 32nd rankings in pass offense, which faces Indiana’s 61st ranked pass defense.

The 9 point spreads seems like an anachronism from last year. Michigan could cover, but they’ll need a turnover free game from Gardner and a defense that handles the up tempo offense of Indiana. However, my numbers don’t see that happening. Yards per play gives a 5 point win for Indiana while the team rankings favor Michigan by 6.