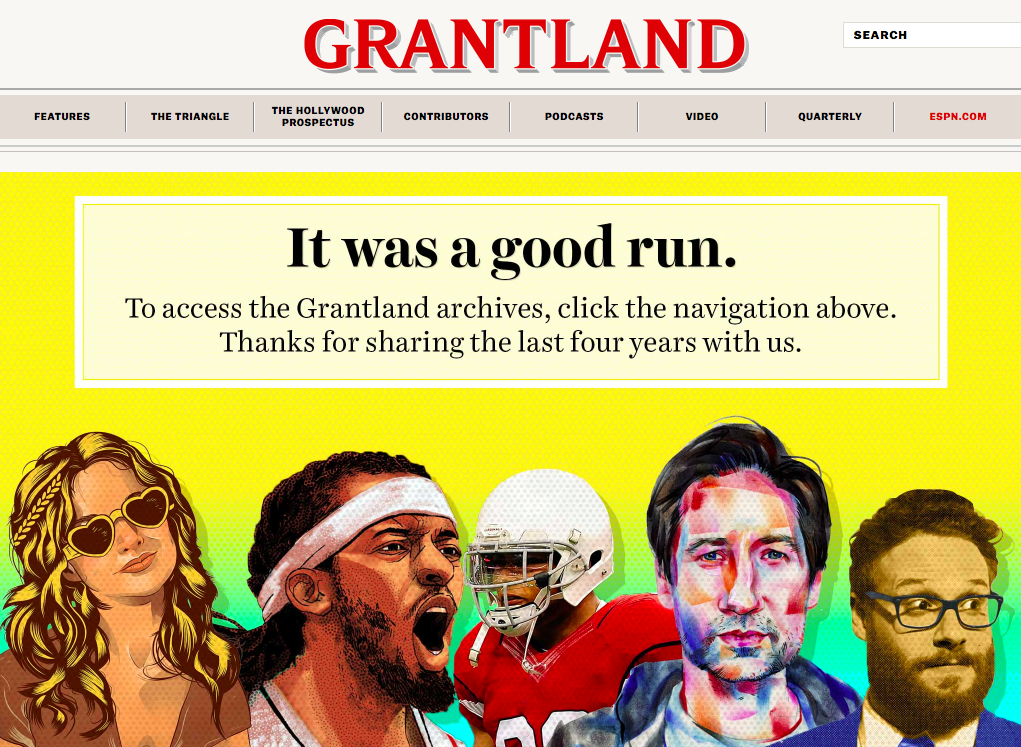 Thank you, ESPN, for creating Grantland. I know you had to kill it for financial reasons, but it was a fantastic run.

As a reader, I’ll miss two things most about Grantland. First, Bill Simmons wrote some incredible NBA articles. He had such an immense perspective on the league.

Second, I’ll miss the baseball work of Jonah Keri and Ben Lindbergh. Both of these fine gentlemen not only understood analytics but could also write. (I’m a bit biased since they used my numbers in their work.)

How to write for Grantland

However, Grantland was best for writers. As a freelance contributor, I was never asked to write about any specific topic. They wanted interesting pitches.

I first learned this back in 2012. I sent an editor an email asking what kind of college football content he wanted. He replied,

It’s hard to know what exactly to ask you to pitch, but if you have some ideas that feel right for the site, please feel free to reach out.

The vague response was a bit perplexing. Only later did I realize the reason: Grantland wanted writers excited about their articles, and this happens when they write about something they’re passionate about.

This is extremely rare in the 2015 sports media landscape. At most other sites, an editor gives you an assignment.

My top 3 articles at Grantland

The freedom to pitch anything to Grantland was awesome. Here are my three favorites from the last few years.

Special thanks to Mallory Rubin, the amazing editor that allowed me to contribute to Grantland.