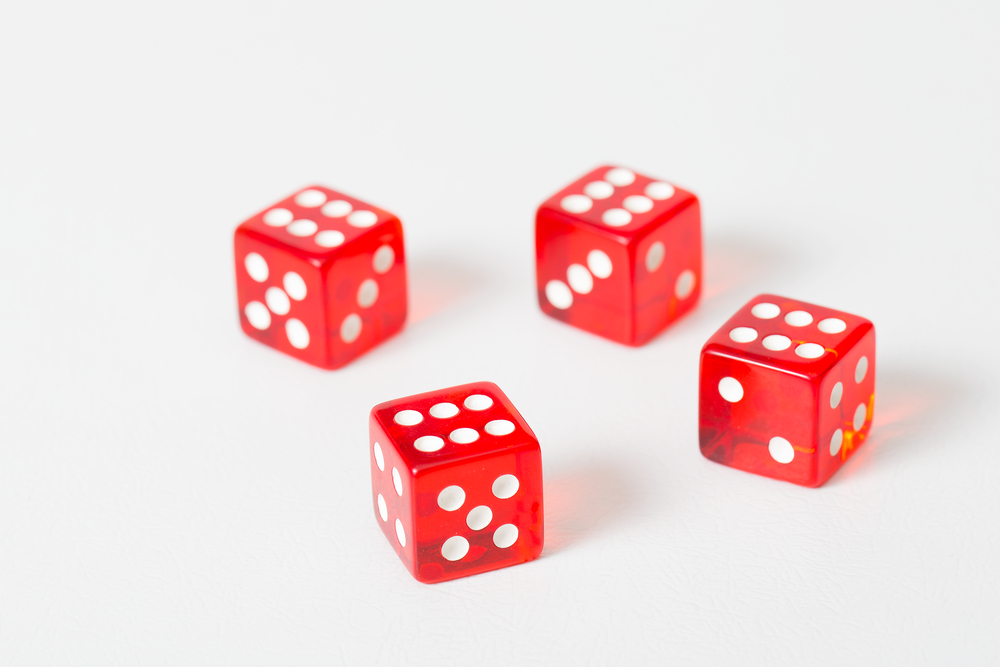 Before the start of the 2016 tourney, members of The Power Rank had access to these ensemble win probabilities.

No one predictor is perfect, and research has shown that combining predictors leads to more accurate predictions. These ensemble win probabilities include one part each from my numbers at The Power Rank, FiveThirtyEight and Ken Pomeroy and two parts the implied probabilities from the markets.

I was most interested in getting the balance between Michigan State and Virginia in the Midwest right. My numbers gave Virginia a 14.3% win probability with Michigan State trailing behind at 10.2%.

However, I thought my numbers couldn’t capture this Michigan State team. They lost leader Denzel Valentine for part of the season, and Tom Izzo’s teams outperform the pre-tourney expectation given by my numbers.

The markets liked Michigan State, as they made them one of the pre-tourney favorites along with Kansas and North Carolina. The ensemble gave an ever so slight edge to Michigan State over Virginia, which I found intuitively correct.

The contrarian pick as tournament champion

The ensemble also gave Virginia a lower win probability (10.5%) than my numbers (14.3%). However, only 4.7% of brackets submitted to ESPN picked them as champion, which still makes them the contrarian pick for champion.

The randomness of the tourney made all predictors look silly as 15 seed Middle Tennessee State upset 2 seed Michigan in their first game. The underdog hit 11 of 19 three point shots and ran away with a nine point win.

However, I still trust in the ensemble numbers from before the tournament. One game will not change that.

Win probabilities before the Sweet 16

After an unforgettable opening weekend of the tournament, I’ve recalculated the win probabilities for the remaining 16 teams.

These are my numbers only, not an ensemble.

Virginia gets a bump in win probability now that they can’t face Michigan State in the Midwest region final. Tony Bennett’s team has an almost one in five chance to win the tourney.

However, North Carolina gets the largest bump in win probability. First, they posted easy wins in their first two games, perhaps not surprising given Roy Williams’ tournament history since 2002. These games boosted North Carolina’s rating in my college basketball rankings, which drive these win probability calculations.

Second, North Carolina also sees a depleted field in the East region. My numbers like Kentucky more than Indiana, but the latter team will face North Carolina in the Sweet 16. On the other side the region, West Virginia and Xavier both lost.

To check out all the round by round probabilities for the 2016 tournament, check out this interactive visual.

The remaining teams have less than a 1 in 1000 chance, so don’t pick them as champion in your pool. 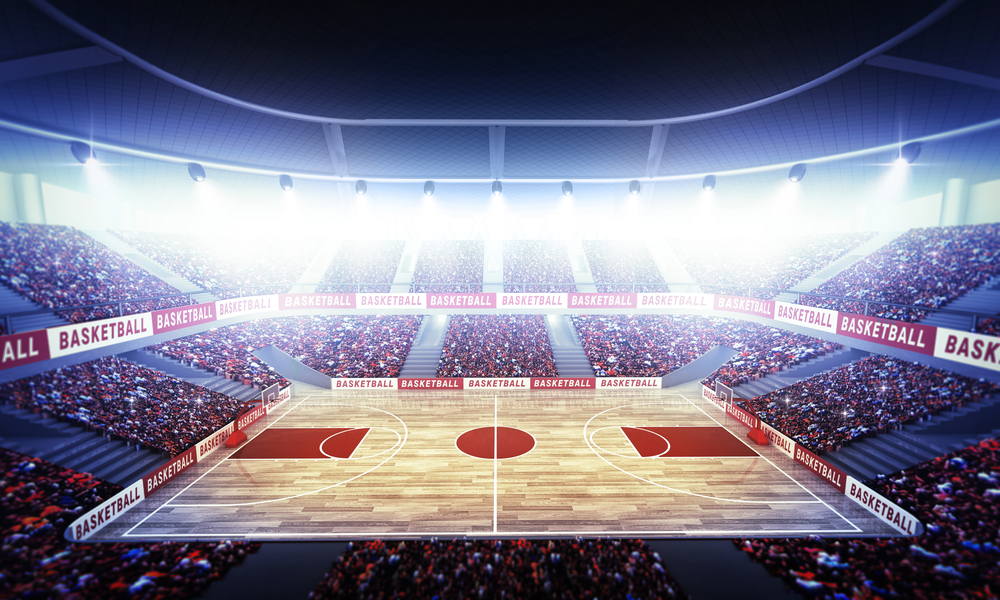 Which coaches excel the most in the NCAA tournament?

Some coaches seem to take a cast off band of misfits and whip them into a machine that wins in March. These men must not only motivate players in all games but also make adjustments for new opponents with a short turn around time.

Here, we’ll look at which coaches outperform expectations. To set this baseline expectation, we’ll use types of predictors:

Care to guess which coach outperforms the most? Yes, Michigan State’s Tom Izzo does elevate his team to a new level during March Madness.

However, Izzo is not the coach that outperforms expectations the most between 2002 and 2015. Let’s look at the coaches on this list and the implications for winning your pool.

I started crunching these numbers because I didn’t think Tom Izzo had any quantifiable tourney magic. Back in 2015, he had led his 7 seed Spartans to an improbable Final Four and again became a media darling because of his tourney success. I thought it was small sample size bullshit.

To evaluate the coaching bump, I compare the actual margin of victory in a game with a baseline expectation. For example, consider Michigan State’s 2015 tournament game against Virginia. My pre-tourney numbers expected Virginia to win by 6.2 points. Michigan State won by 6, so they exceeded expectation by +12.2 points.

The coaching bump is the average points by which a coach exceeds expectations, whether by my numbers or the markets. Over 44 tournament games from 2002 through 2015, Izzo has a coaching bump of 1.74 points over The Power Rank baseline.

To show the significance of this coaching bump, we resort to a t-test. This gives a 88.7% chance that Izzo’s performance is not due to randomness. It doesn’t quite reach the 95% level used in medical studies, but it still inspires confidence in Izzo’s coaching.

I also looked at Izzo’s coaching bump compared with the markets. His teams have outperformed these point spreads by 0.84 points. Note this also implies that the markets on average give Michigan State an extra point compared with my pre-tourney numbers.

Which coaches do better than Izzo?

How about the coach with the most career wins?

No. Over a sample of 44 tournament games, Coach K’s teams have performed exactly at The Power Rank baseline (-0.01 if you must be exact). Duke has done -0.63 points worse than the markets.

This surprised me. I view Coach K as a people person that pushes the right buttons in motivating his players. However, it hasn’t worked in the tourney over the past 14 years.

My methods for looking at the coaching bump suffers from small sample size, so perhaps Coach K has done better over a longer time horizon. The man does have 5 titles.

However, a study by FiveThirtyEight looked at how far a team advances in the tournament each year compared with expectation of seed and analytics. Even with data back through 1985, Coach K doesn’t appear near the top.

During his time at Louisville, Pitino has exceeded pre-tourney expectation. Oh wait, they’re on self imposed stripper probation this year.

How about the slick haired coach at Kentucky?

Since 2002, his teams have performed 2.47 points better than my pre-tourney numbers, better than Izzo’s Michigan State teams. These numbers include coaching stops at both Memphis and Kentucky.

Calipari has a 0.89 coaching bump over the markets. This suggests a substantial adjustment by the markets for Kentucky in the tournament, a factor with great implications this year.

Calipari’s “one and done” program at Kentucky provides a partial explanation for his coaching bump. He has embraced the modern world of college basketball in which the top talents leave for the NBA after one year.

It’s reasonable to think his freshman talent plays better towards the end of the season than the beginning. This maturation plays a role in Calipari’s coaching bump.

This year, Calipari’s Kentucky team has surged late in the season. According to the markets, they have the fourth best odds of winning the tournament behind Kansas, North Carolina and Michigan State.

However, Calipari doesn’t have the biggest bump based on my data. Who does?

I was surprised to learn that North Carolina’s Roy Williams has given his team the biggest coaching bump for the tourney.

Since 2002, his North Carolina teams have performed 3.84 points better than The Power Rank’s pre-tourney numbers, by far the most. Over a sample of 51 games, the t-test implies a 99% confidence that Williams’ teams outperform expectation.

Williams has also outperformed the markets by 1.71 points. This implies that the markets have made an adjustment for his coaching but not quite enough.

Roy Williams isn’t known as a tournament coach. He’s a great recruiter that employs an up tempo style with great athletes.

Of course, this study is based on a limited sample size. Williams also coached Kansas before his tenure at North Carolina and disappointed in many tournaments. The FiveThirtyEight study with data back until 1985 doesn’t have Williams near the top.

If I could perform this study with more data, we might get different results for Williams. And this leads me to bracket advice based on this research.

How to win your March Madness pool

My win probabilities for the tournament, which you can play with in this interactive bracket, are based on the same pre-tourney numbers used in this study. Since some coaches outperform this baseline, it’s useful to make some adjustments to my win probabilities.

For example, my numbers give Michigan State a 10.2% chance to win the tournament. With the Izzo bump, it should be higher. The markets agree with this, as they have a one in five chance. This gives an implied probability of 12.1%.

For more advice on how to win your pool, check out my book How to Win Your NCAA Tournament Pool. 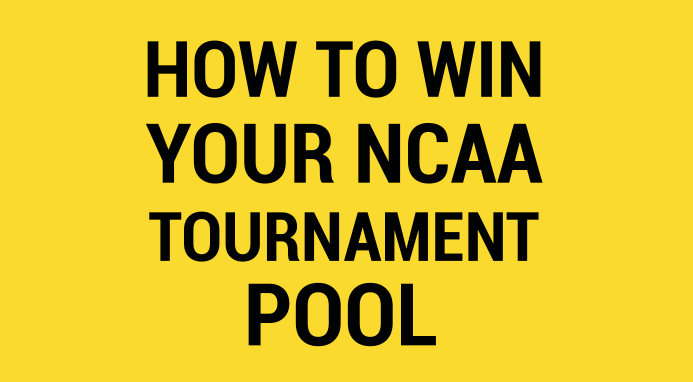 I hope not. Check out this video to find out.

The content in the video comes from Chapter 2 of my book How to Win Your NCAA Tournament Pool.

Interested in more bracket advice for March Madness? Want a free sample of my book?