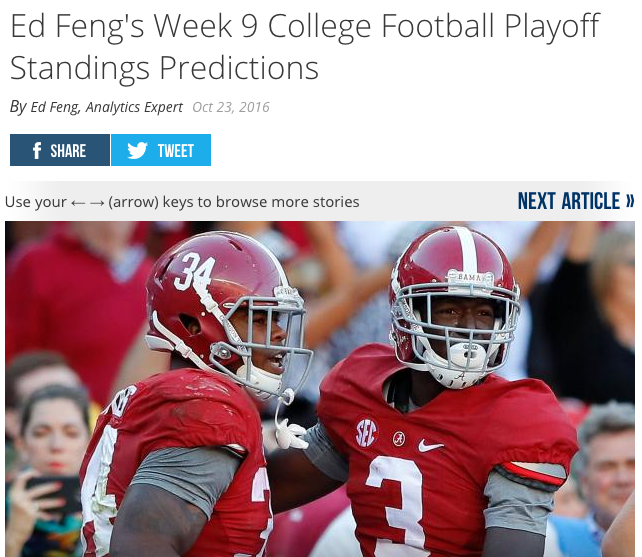 Over on Bleacher Report, I wrote about my odds for each team to make the college football. After eight weeks of football, six teams have separated themselves from everyone else.

Ohio State lost to Penn State, but I argue they still control their own destiny at 6th in the AP poll.

The simulations suggest both Louisville and Clemson can both make it out of the ACC Coastal.

Alabama’s odds to make the playoff actually went down this week, but not because of anything the Crimson Tide did.

The playoff committee releases its first rankings after next week, so expect updated numbers on Tuesday night.