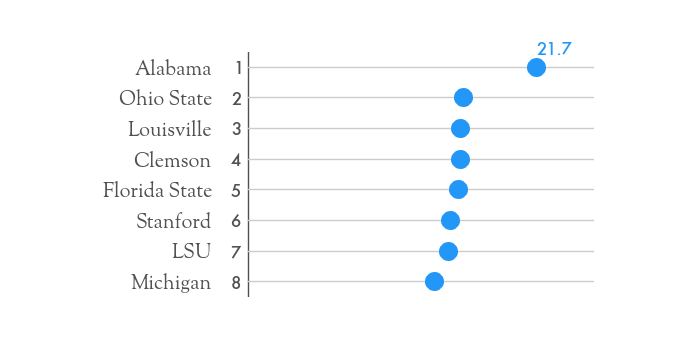 Whoa, Louisville. The Cardinals stomped over Florida State by a 63-20 score, a win that propels them from 12th to 3rd in my college football rankings.

I think this is a bit of an overreaction. Louisville has looked fantastic, but if they played Florida State 100 times, they won’t win by 43 or more in each game.

Also, remember Louisville ranked 19th and 23rd in the preseason AP and coaches poll, which are powerful predictors of team strength. They’re clearly better than that. But 3rd in the nation?

I need to see more games to believe that.

As always, you can find the rankings for all college football teams here.