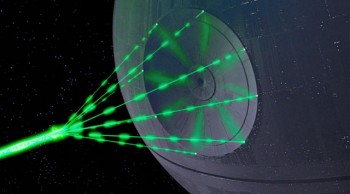 Can Clemson upset Alabama in the championship game of the College Football Playoff?

It seems unlikely. Alabama is the most consistent, elite team in college football. Through both recruiting and weekly preparation, Nick Saban puts his team in national title contention year after year.

Some years, the Crimson Tide get derailed. It takes a miracle play like the Kick Six against Auburn, or an elite performance from Ohio State’s offense in last year’s playoff semi-final.

Not many expected a national title for Clemson this season. They were ranked 12th in the preseason AP poll, as they lost most of their starters on an elite defense and had worries about the health of Watson.

Can he blow up the Death Star and win the national title? Let’s look at the match ups and possible value in markets.

Clemson’s run defense had an outstanding game against Oklahoma by allowing 3.9 yards per carry. However, don’t expect the same against Alabama.

For the season, Clemson has allowed 4.6 yards per carry (numbers do not include sacks like usual college football statistics), 42nd in the nation. The rush defense is good but not elite, and they played one of their better games against Oklahoma.

Don’t expect the same type of performance from Clemson in the title game against Alabama. They face Heisman trophy winner Derrick Henry in an offense that mostly runs the ball.

Overall, the numbers see a very even contest between these units. This usually implies Alabama will score about 28 points, the college football average. The Power Rank’s member numbers predict 26.6 points, a slight adjustment for the slow pace at which Alabama’s offense plays.

This number most likely requires a subjective adjustment for Clemson defensive end Shaq Lawson. The pass rush beast racked up 10.5 sacks and 23.5 tackles for loss this season but hurt his knee against Oklahoma. Lawson most likely plays on Monday night but probably not at 100%.

Alabama’s defense and possible value in the under

Clemson ran for 320 yards on 5.7 yards per carry against Oklahoma in their semi-final win. QB Deshaun Watson contributed to this efficient total, as he broke off a 46 yard run in the second quarter.

There are two reasons Clemson won’t get anywhere near these numbers against Alabama.

First, Clemson hasn’t been efficient with their ground game. For the season, they have rushed for 5.2 yards per carry, 51st best in the nation.

Second, Alabama’s front seven is dominant. They have allowed 3.5 yards per carry (numbers do not include sacks like usual college football statistics), second best in the nation. LSU’s Leonard Fournette had 31 yards on 19 carries against this unit.

The numbers like Alabama’s Death Star defense to contain Clemson’s offense, as my member model predicts 20.2 points for Clemson. A predicted total of 46.8 suggests that under 50.5 (as of Thursday morning) has value.

However, the under doesn’t feel right in this game. Deshaun Waton is the best college football player in the nation not named Christian McCaffrey (no Stanford bias whatsoever). His blossoming talent gives Clemson a chance of blowing up the Death Star.

A few other factors go against the under. I mentioned the injury to Clemson defensive end Shaq Lawson in the previous section. Also, Alabama’s Tony Brown is suspended for this game. The cornerback has a limited role in the secondary but has been making special teams plays all season.

Can Clemson pull off the upset?

It’s unlikely. The Death Star usually wins; they only make movies about the statistically improbable. (Cue Han Solo voice about never telling him the odds.)

A Clemson win wouldn’t be a fluke. My numbers make them a 6.4 point dog, which corresponds to a 32% win probability. However, Alabama will most likely wins their 4th national title in 7 years.