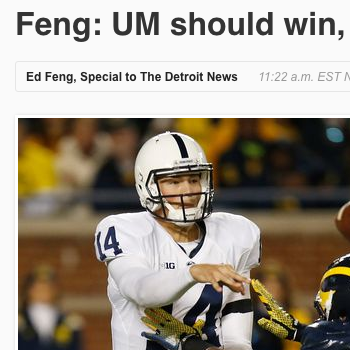 Over at the Detroit News, I previewed two critical Big Ten games this weekend: Michigan at Penn State and Michigan State at Ohio State.

Michigan faces a tough battle against a Penn State team with a stellar defense. The Wolverines are favored and my numbers predict a win, but they must play a solid game.