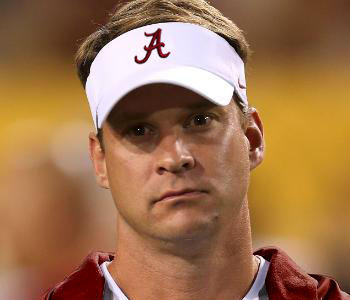 Let’s look at two factors that will affect the outcome of the game.

How often will Alabama throw?

Alabama offensive coordinator Lane Kiffin has called passes on 53% of plays this season, well above the 46% from the last two seasons.

Some of this increase in passing come from situational football, as Alabama trailed Ole Miss for the entire second half. However, this increased tendency to throw even with questions at quarterback marks a shift for this program.

It’s not a good idea to throw that much against Georgia. In my rankings based on yards per play adjusted for schedule, Georgia has the 4th best pass defense but the 50th ranked rush defense.

Kiffin seems stubborn about throwing the ball. In last year’s playoff semi-final, Ohio State also had a better pass than rush defense. However, Kiffin still called more passes than runs despite racking up over 6 yards per carry.

Alabama increases their odds of winning if they hand the ball to Derrick Henry.

Can Georgia continue their efficient passing?

Georgia fans didn’t expect much from Grayson Lambert. After he lost the starting QB job at Virginia this spring, he transferred to Georgia to sit on the bench.

Instead, Lambert earned the starting job and has led a Georgia offense that has gained over 10 yards per pass attempt this season.

Maybe this shouldn’t be too surprising. Last season, Georgia ranked 11th by my yards per attempt adjusted for strength of schedule with Hutson Mason. It’s easy to throw the ball when a team runs as well as Georgia.

My best numbers (which I usually save for members) give Georgia a four point edge at home against Alabama, close to the 2.5 point margin in the markets. I expect the game to come down to the final minutes of the fourth quarter.

Get my best college and pro football predictions

Each week, I send a sample of my best predictions in my free email newsletter. I also add analysis, like why I think my West Virginia at Oklahoma prediction is off.

The email goes out on Friday afternoon at 2pm Eastern. To make sure you get it, sign up for the free email newsletter.