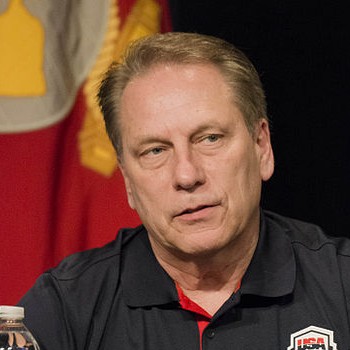 Which school has the best college basketball program?

It’s an easy question to answer with only analytics. We could take an average rating from computer rankings over the past 10 years to find the best programs.

However, college basketball is a sport that almost entirely relies on the postseason for its popularity. Any legitimate ranking must consider success in the NCAA tournament.

To balance analytics with post season success, I propose ranking programs by Sweet 16 appearances over the past 10 years. With such a long time period, it’s difficult for a non-elite team by the numbers to have enough tournament success to make this list. The top 10 below includes all the traditional college basketball powers.

In addition, the Sweet 16 seems like an appropriate balance between making the tournament and winning the entire contest. It’s not enough to just make the field every year, but there’s too much randomness in winning the tourney. In the past 10 years, only two programs have won more than one tournament (Florida and Connecticut), and neither made the tournament in 2015.

To break ties among programs with the same number of Sweet 16 appearances over the last 10 years, I looked at appearances in the past 9 seasons. If this didn’t break the tie, I looked at successively shorter time periods until one program came out ahead.

Teams that missed the cut

Gonzaga has made the tournament each of the past 10 years but did not make this list. While they have become a brand name program in college basketball, Gonzaga has struggled in the tournament with only 3 Sweet 16 appearances.

Ohio State and UCLA have 5 Sweet 16 appearances each but lost out to the teams below based on the tie breaker method. Ohio State hasn’t make the second weekend of the tournament the last two years, while UCLA had 3 straight appearances early in the 10 year window.

Xavier is the only program in the top 10 not from a power conference. Sean Miller led the Musketeers to the first two Sweet 16 appearances, while Chris Mack has reached the Sweet 16 in half of his 6 seasons.

Bo Ryan has made the NCAA tournament in each of his 14 years as Wisconsin’s coach. They have made the Sweet 16 in half of the past 10 years, and the 2015 team led by Frank Kaminsky might be the best of all these teams.

Sean Miller coached Arizona for the last 4 Sweet 16 appearances. However, Arizona only had 1 appearance between 2006 and 2010 as the program transitioned from long time coach Lute Olsen to Miller.

Arizona has a great team in 2015, and I think they have the best chance of beating Kentucky should they play in the Final Four.

With their undefeated season so far in 2014-2015, one might expect Kentucky to be higher on this list. However, the Wildcats struggled in the early years of this 10 year period as they transitioned from Tubby Smith to Billy Gillispie (whoa, remember him?) to John Calipari.

Even within the last 5 years, Kentucky had a down year in 2013 when they lost to Robert Morris in the first round of the NIT. Even the best programs can’t escape the vagaries of luck in this era of one and done players.

Back in the Christian Laettner years, Duke made four straight Final Four appearances and won two championships. Even Mike Krzyzewski can’t duplicate that success in this era of parity and one and done players.

Bill Self has an incredible streak of 11 straight Big 12 regular season championships. He also hasn’t made the Sweet 16 the past two seasons. In 2015, Kansas lost Wichita State, a program in their own state they refuse to schedule during the regular season.

Rick Pitino has the Louisville program in great shape, as they almost always feature a top 10 defense by adjusted points per possession. However, their offense has been the problem in 2015. If they can find enough offense in the soft East Region this year, they could make another Final Four appearance.

Tom Izzo’s teams continue to perform well in March. In 2015, Michigan State beat Virginia to make the Sweet 16 for the 7th time over the last 10 years, tops in the country. I doubt Michigan State would have the highest rating averaged over the past 10 seasons, but they continue to have success in the tournament.