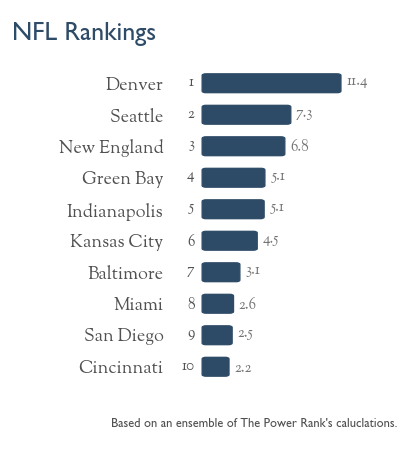 Though it’s late in the season, Ed and I have teamed up to provide some NFL previews for the remaining games. I am the owner of cheapseatanalytics.com where I provide analytical sports information and betting systems. I major in baseball but also cover the NFL and NHL.

In this segment, I will be providing a weekly view on some important games to watch from an analytical and betting perspective. You can follow along with me on Twitter @realFrankBrank and check out my betting systems and sports analytical models at cheapseatanalytics.com.

Fresh off two losses and dropping from their top spot in the NFC East, the Eagles get the privilege of traveling to Washington and taking on the helpless Redskins.

On the other side, the Eagles first ran into a revived Seahawks defense two weeks ago. This past week, their defense got torn apart by Tony Romo and Dez Bryant while sprinkling in some Cole Beasley and Jason Witten.

It wasn’t a good look for this popular Eagles team. Their uptempo offense has struggled for long periods of time throughout the previous two games.

Mark Sanchez may have caught the Chip Kelly hype, but he hasn’t been much more than an average quarterback when you look at his 6.9 yards per pass attempt (includes sacks but not adjusted for competition) and 61% completion rate. Sure, the high pace offense and large amounts of points are great. The rate stats tell a different story.

The defense, particularly the secondary, hasn’t played well all year, ranking 18th in adjusted yards per attempt against. The largest edge the Eagles will have against the Redskins is their second-best 8.4% sack rate.

Washington QB Robert Griffin has struggled to elude pressure. He looks slower, indecisive, and has been sacked twenty-eight times in seven games (five starts) for a ridiculous 15.7% of drop backs. That’s about one sack for every six drop backs for RG3. Sacks play a huge factor in the outcomes in NFL games and a 15.7% sack rate is impossible to overcome no matter the quarterback.

However, when Griffin is able to throw the ball, he’s performed at a high level by completing a 69% of his passes with a mere 2% interception rate. This Eagles secondary may be just what Griffin needs to have a decent game. I don’t think Washington can win this game. I do think this 8.5 point line is too much and the game will play much closer. (Ed note: The line is now 7.5 in most places.)

The typical three point edge to home teams suggests this game would be lined at 14.5 (or more depending on where this line finishes) if it were played in Philadelphia. That’s too many points to bet on for a bad defense. The Power Rank’s team rankings based on margin of victory says Eagles by seven, and I can agree with that. When this line finishes at or over ten points, it’ll be worth grabbing the Redskins.

The Steelers are the hardest team to project this season. They’ve blown out some of the better NFL teams like the Colts, Ravens, and Bengals. They’ve also lost to the Jets, Bucs, and Saints.

The Chiefs aren’t too much different. They’ve beaten the Patriots, Chargers, and Seahawks while losing to the Raiders, 49ers, and Titans. This type of variance from game to make makes projecting teams difficult.

There’s one thing easy to find in this one: the Steelers play great at home. To go along with that, the Chiefs haven’t been great on the road. Most recently, they’ve lost to the not-so-good Cardinals, the Raiders, and skated by the Bills in a game in which they lost in every aspect besides the final score.

A quick look at the Steelers home scoring tells the whole story. They’ve scored 30, 24, 30, 51, 43, and 32 points at home for an average of 35 points. There aren’t many defenses that can stop them from scoring, particularly at home.

The Chiefs, who still don’t have a touchdown pass to a wide receiver this season, seem to be the exact opposite. They have a pedestrian, risk adverse offense that tries to win on defense and check downs to running backs and tight ends.

No matter who Dick LeBeau is running out on defense, he can game plan against this offense to keep everything in front of them. The Steelers losses have come from the secondary getting exposed, putting them into a hole early. They give up an average of 12.7 yards per catch and 7.3 adjusted yards per pass attempt, third worst in the NFL.

I expect the Steelers offense to get a lot of possessions and score a lot of points again. The Chiefs can’t keep up in this one.

The betting line is at three, which basically says these two teams are equal on a neutral field. When I initially saw the line, I expected a ton of Steelers backers. However, 60% of the public has come in on the Chiefs so far.

The Power Rank has picked the Chiefs to win. I just see match up problems for the Chiefs this week. Pittsburgh wins big.

The NFC South is putrid. It’s a shame, really, that one of these teams will make the playoffs.

After Monday night’s blowout of the Bears, the Saints have taken the lead in the division with a 6-8 record. One of the Seahawks, Lions, Packers, Eagles, or Cowboys aren’t going to make the playoffs because the Panthers, Falcons, or Saints are guaranteed a playoff spot.

Let’s hope the Saints, the best NFC South team by The Power Rank’s ensemble rankings, can win out to get to 8-8. That may be harder than it seems.

The Saints usually have a large home field advantage, but that has not been the case this season. They’ve been blown out by marginal teams like Carolina and Cincinnati while also losing to Baltimore and San Francisco.

Both of these teams have had issues stopping opposing quarterbacks, and I expect the same this week. New Orleans and Atlanta have the 29th and 32nd ranked pass defense by yards per play adjusted for schedule respectively. These pass defenses will struggle against Drew Brees and Matt Ryan, who both lead above average pass offenses.

A standard three point edge to the home team for an evenly matched game gives the Saints the edge by a field goal. When you consider how great the Saints have been at home, you could probably assume a 4.5 to 5 point edge. Interestingly, The Power Rank gives the Saints exactly that, a win by 4.8 points.

Vegas has booked this line at Saints -6.5. With a strong performance on prime time Monday Night Football, I’d expect the fan favorite Saints to steal a majority of the public bets.

This is the game of the week. Coming off four straight prime time games, the Cowboys need to win out to secure a playoff spot. There are other ways to get in, but they would need some external help from some bad teams. Considering the Cowboys play the Redskins next week, this game against the Colts could determine their playoff fate.

The Cowboys are small favorites in this game but betting lines can be misleading. There’s not a more polarizing team in the NFL when it comes to public perception than the Dallas Cowboys.

A sportsbook’s lines are hypothetically made so that game ends up on either side of the line 50% of the time. In actuality, the lines are made to persuade the public to bet 50-50 to reduce risk in the books losing out. With the Cowboys coming off a big prime time win and all things being equal, one could assume Cowboys -3 is a bit of an inflated line.

The Cowboys have been a bad home team. Most dome teams have a sizable advantage at home (see Saints, Colts, Falcons, etc.). It has an opposite effect for Dallas.

Dez Bryant is obviously a huge threat to any defense, but their strength is dominating with the offensive line and running the ball with DeMarco Murray. Now that Murray has had surgery on his broken hand, he could see a reduced role or maybe even sit this one out. I don’t see any issue with Joseph Randle and Lance Dunbar being able to pick up the slack behind this offensive line.

It’s no secret this Cowboys defense, especially the secondary, is bad. Are they better than we thought they’d be? Definitely. However, they rank 28th in adjusted yards per pass attempt.

The Colts also have looked pretty vulnerable the last two weeks. Andrew Luck has surrendered a few touchdowns to opposing defenses while barely sneaking by the quarterback-troubled Browns and Texans. They also haven’t been a great road team. They’ve held serve to this point by skimming past the Browns in Cleveland and Texans in Houston. However, Indianapolis went down big in Denver and was blown out in Pittsburgh.

Both of these defenses has their shortcomings while both offenses can really move the ball. The Power Rank has this one as a virtual tie (Cowboys by 0.5). I can agree with that. The Colts struggle on the road, the Cowboys struggle at home.

It looks like last possession wins with two lights out kickers. Don’t forget about the kickers!

Thanks for reading. You can follow me on Twitter @realFrankBrank and check out my betting systems and sports analytical models at cheapseatanalytics.com.