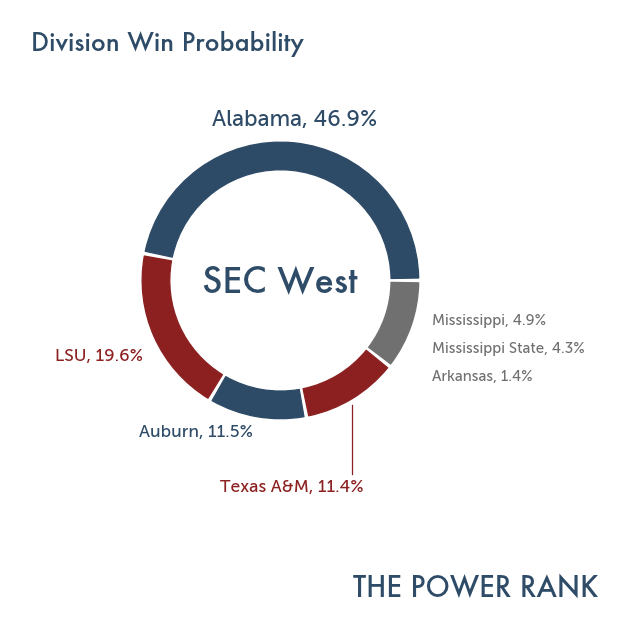 I wrote an article on Grantland questioning the prospects of Auburn this season. The article made two points.

First, Auburn got lucky last season. They need a tipped hail mary to beat Georgia and beat Alabama on the return of a missed field goal for a touchdown.

Second, the Tigers have a wicked schedule this season. They play Georgia and South Carolina, two teams most think are the best in the SEC East. This explains their low win probability in the visual despite being 6th in my preseason rankings.

I thought Auburn fans would be ticked about the prediction. Instead, they got incensed about my calling them lucky last season.

Twitter showed us a range of responses. Some were thoughtful.

@TheAuburner @willcollier @thepowerrank I can accept that the end of the Georgia game was luck. Iron Bowl end was a smart plan executed.

I don't know stats, so maybe I shouldn't doubt a PhD.. but I don't think you're supposed to do this, @thepowerrank pic.twitter.com/VEk7ICIGBc

@thepowerrank Luck? Really? You wanna talk about “luck”. You are “lucky” to have a job writing about sports. Lazy journalism.

@WarRoomEagle @SBN_BillC @thepowerrank That guy is a clown trying to make some news so people will talk about him.

But this is why I love college football. Passionate fans can get pissed that I downgraded their team because of a few plays last season.

The article also has a visual of the top 15 teams in my preseason rankings.